How to Increase Your Testosterone Level in 2022?

Testosterone is a steroid hormone, a steroid that acts like a hormone. By ‘steroid’ is generally meant fat-like substances in our body that sometimes fulfill important hormonal functions. Testosterone belongs to androgens, a collective name for all hormones that are responsible for typical male properties such as aggression, muscle mass, body hair.

Role of testosterone in muscle building

Role of testosterone in general health

A high testosterone level has many advantages, which may be clear in the meantime. And not only with regard to muscle building. There are several ways to boost that level without resorting to anabolic steroids. We have listed the ten natural testosterone boosters for you. This list is not a ranking.

Strength training stimulates testosterone production. And we mainly mean pure strength training, so heavy weights and relatively low numbers of repetitions. So train like a power lifter and do compound exercises that involve many muscle groups, such as squats and dead lifts. Exercises like these give an extra boost to your testosterone production and can rightly call themselves ‘male exercises’.

Step up your cardio

Intensive cardio training has a positive effect on your testosterone level, while extensive cardio, or pure endurance training, has a negative effect. Perhaps the best form of cardio is High-Intensity Interval Training, or HIIT. HIIT consists of a series of short, maximum efforts that are interrupted by short breaks, the intervals.

The mineral zinc plays an important role not only in the production of testosterone but also in the production of insulin and growth hormone. About a fifth to a quarter of the population is deficient in zinc. Half of all athletes suffer from a zinc deficiency. Taking 30 mg of zinc (200% Recommended Daily Intake) daily as a supplement to your diet can significantly increase your testosterone levels. 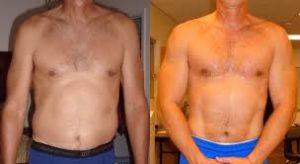 Ready-Made Fruit Juices: Healthy Or Not?

Vitamins In Row – The Health Benefits Of Vitamins 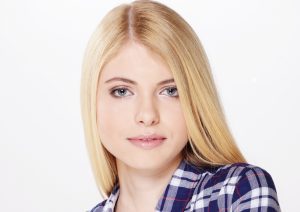 Hi, my name is Gloria Edward and I am the creator of Eebee.net. I am a passionate blogger love to share my views on anything related to yeast and skin infection.